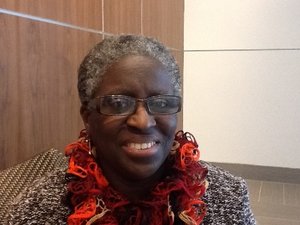 The 2014 West Africa Ebola Epidemic is the largest in history primarily affecting 3 countries in the region – Guinea, Liberia and Sierra Leone.  1 in 2 people who contracted the disease in this outbreak have died.  This blog will provide information and education about the disease and its effects on children and families in two parts – General Information and a Call to Action. Today’s blog, the first of four sessions in the general information section, will focus on background information, overview, highlights and summary of the Ebola outbreak in the region.

What is Ebola?  Ebola, previously known as Ebola hemorrhagic fever, is a rare and deadly disease caused by infection with one of the Ebola virus strains. First discovered in 1976 near the Ebola River in what is now the Democratic Republic of the Congo, Ebola can cause disease in humans and nonhuman primates (monkeys, gorillas, and chimpanzees).  There is currently no known cure or vaccine for the disease although a number of vaccines are currently in the human testing phase, spurred on by the current outbreak.

How do you get Ebola?   Ebola is contracted from direct contact with any of the following:

Early symptoms   Ebola can only be spread to other people after symptoms begin.  Symptoms develop within 2 to 21 days after exposure and include, fever, fatigue, headache, diarrhea, muscle pain, vomiting, stomach pain and unexplained bleeding or bruising.  With the exception of bleeding and bruises, the early symptoms of Ebola is similar to the symptoms or other far less deadly infections in the regions like the Flu or Malaria.

Highlights and Summary   As of 11/4/14 there were 13,241 total cases of Ebola (Ebola Virus Disease EVD); 8,142 laboratory-confirmed cases & 4,950 total deaths. These numbers are based on information reported by the various Ministries of Health in conjunction with the WHO updates.

A total of 531 healthcare workers have been infected, 305 of whom have died.

[Our next blog will look at the social implications of the Ebola outbreak in West Africa.]